Oil on Canvas
18H X 12Win
Original oil painting by Navdeep Kular
The orchids have been arranged in an appealing composition in this oil painting. The tinges of red, yellow and blue in the white orchids give them the depth and make them pop forward from the light background. The dark centres of the orchids have touches of crimson lake and cadmium yellow. The pink flowers go well with the white orchids.
The dark vase on the wooden table with leaves hanging around provide a contrast to the white flowers. The shades of the wood were formed by mixing reds, blues and yellows. The light and the dark areas are depicted by mixes of these three primary colours. The wooden table formed the basis of many subsequent paintings. The rim of the vase is highlighted to show the light shining on it. The shadow of the vase is falling forward on the table.
Hope you have as much joy viewing the painting as I had while creating it!

Lemons and a Cocktail Shaker

Lemons in a Blue Plate 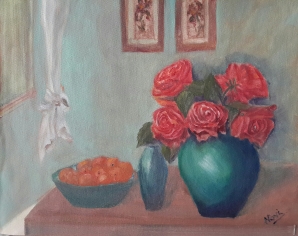 Red Roses in a Turquoise Vase 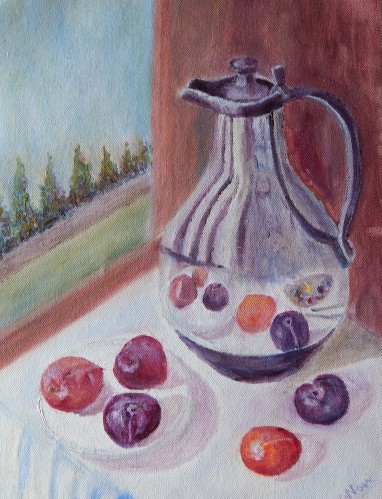 Still Life with Carafe and Plums 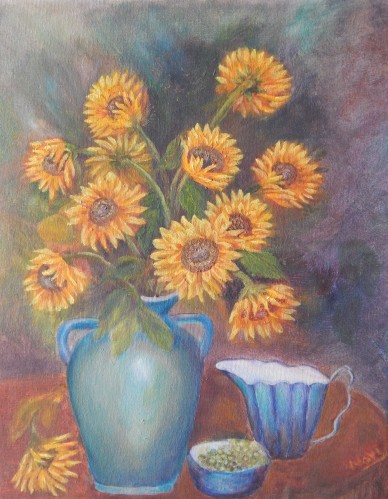 Sunflowers in a Blue Vase 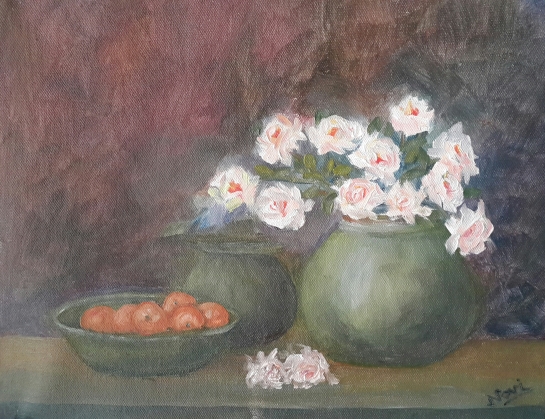 White Roses in a Vase 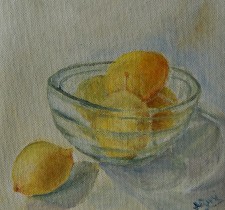 Lemons in a Glass Bowl

Still Life with Teapot and Grapes 1

Still Life painting with artist’s reflection in a metallic bowl

Red Roses in a Crystal Vase 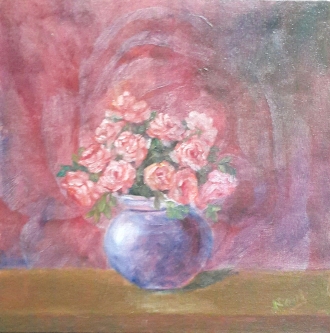 Peach Roses in a Vase 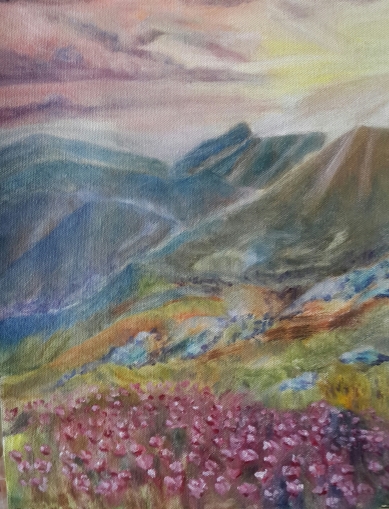 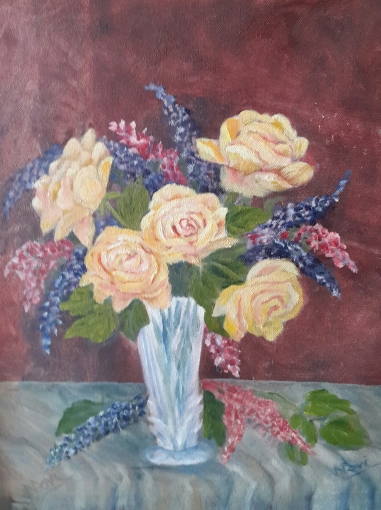 Yellow Roses in a Crystal Vase 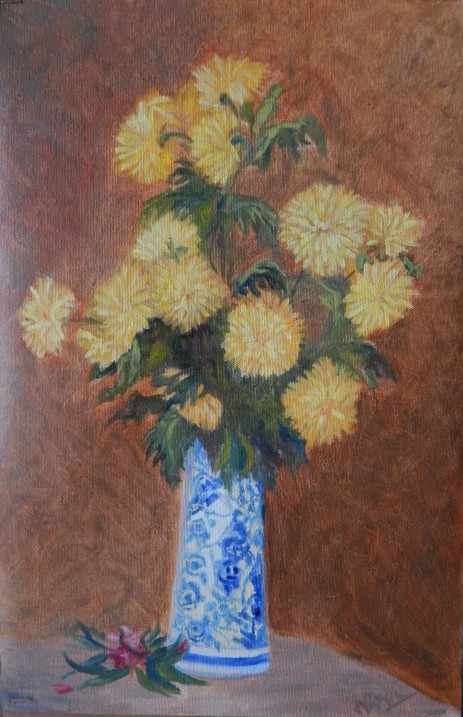 Chrysanthemums in a Ceramic Vase

Pink Roses in a Crystal Vase